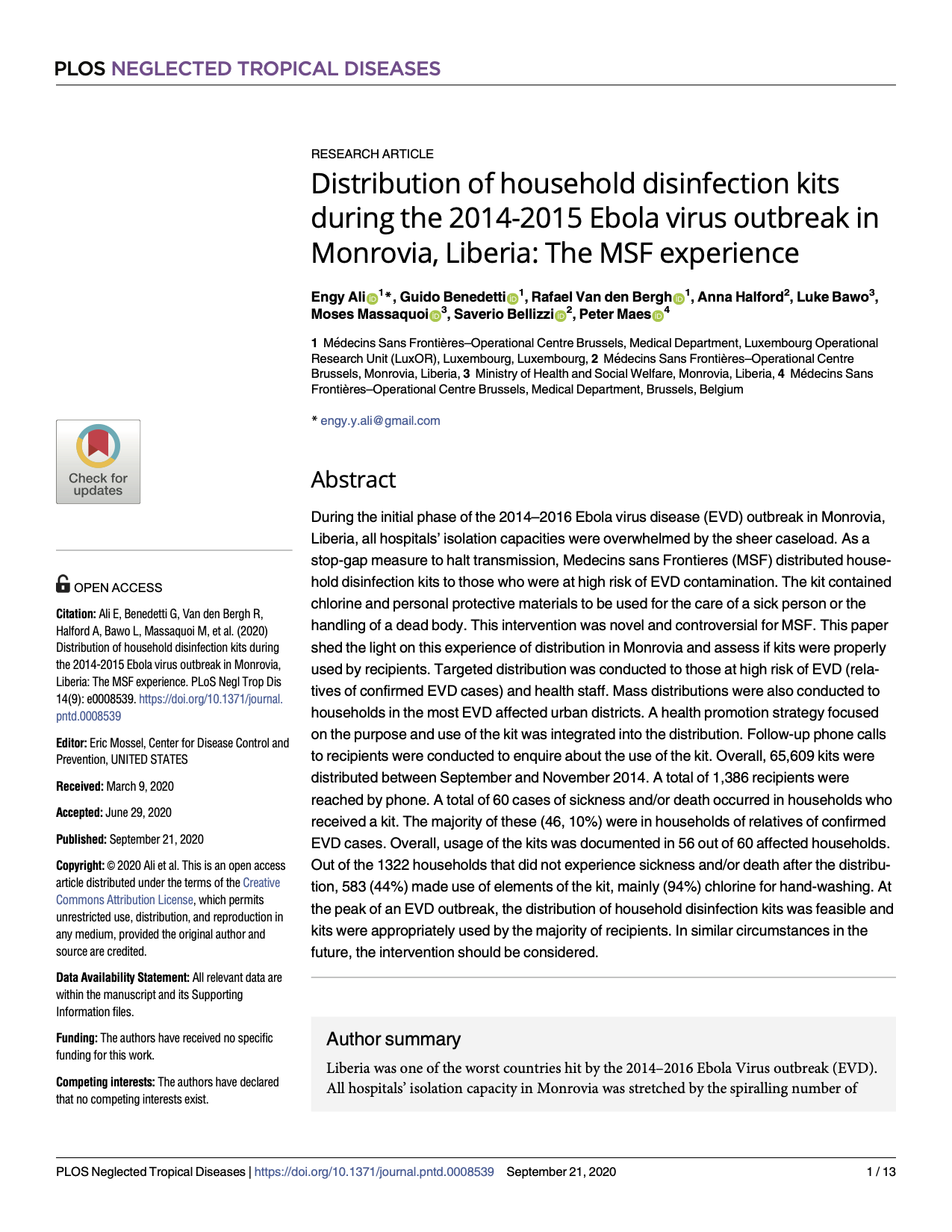 Distribution of household disinfection kits during the 2014-2015 Ebola virus outbreak in Monrovia, Liberia: The MSF experience

During the initial phase of the 2014–2016 Ebola virus disease (EVD) outbreak in Monrovia, Liberia, all hospitals’ isolation capacities were overwhelmed by the sheer caseload. As a stop-gap measure to halt transmission, Medecins sans Frontieres (MSF) distributed house- hold disinfection kits to those who were at high risk of EVD contamination. The kit contained chlorine and personal protective materials to be used for the care of a sick person or the handling of a dead body. This intervention was novel and controversial for MSF. This paper shed the light on this experience of distribution in Monrovia and assess if kits were properly used by recipients. Targeted distribution was conducted to those at high risk of EVD (rela- tives of confirmed EVD cases) and health staff. Mass distributions were also conducted to households in the most EVD affected urban districts. A health promotion strategy focused on the purpose and use of the kit was integrated into the distribution. Follow-up phone calls to recipients were conducted to enquire about the use of the kit. Overall, 65,609 kits were distributed between September and November 2014. A total of 1,386 recipients were reached by phone. A total of 60 cases of sickness and/or death occurred in households who received a kit. The majority of these (46, 10%) were in households of relatives of confirmed EVD cases. Overall, usage of the kits was documented in 56 out of 60 affected households. Out of the 1322 households that did not experience sickness and/or death after the distribu- tion, 583 (44%) made use of elements of the kit, mainly (94%) chlorine for hand-washing. At the peak of an EVD outbreak, the distribution of household disinfection kits was feasible and kits were appropriately used by the majority of recipients. In similar circumstances in the future, the intervention should be considered.