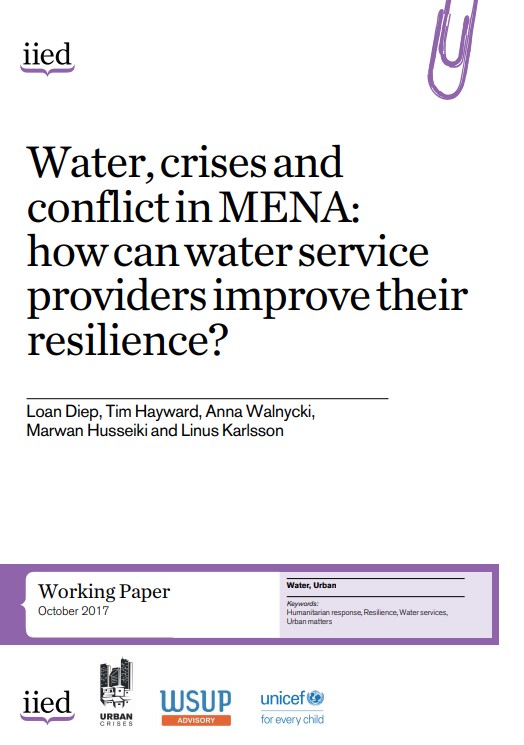 Water, crises and conflict in MENA: how can water service providers improve their resilience?

Protracted conflicts in the Middle East and North Africa (MENA) region have left tens of millions of people in need of humanitarian and development assistance to have access to water. But the capacity of local water service providers (state-owned and private) to maintain adequate levels of services has decreased as conflicts and population movements across the region have continued, mainly towards urban areas. Other actors including United Nations agencies, international organisations, local NGOs and independent – often informal – water providers have played an important role in filling gaps in supply. This study analyses all these actors’ responses to continuing the supply of water during conflicts, focusing on factors of resilience building that particularly concern local service providers.